New claims have come out that Microsoft Ads and Google Ads are gaming the online advertising market by flooding smaller search engines with spam ads.

According to data shared by POLITICO, it appears that Google and Microsoft are feeding smaller search engine rivals with spam ads to limit the number of higher-value ads that appear on them.

Ads are considered as spam if they appear in search results where they have little to no relevance to the search terms that a user used.

POLITICO shares that the findings came from data compiled by adtech researchers who wish to remain anonymous to protect their commercial relationships with Google and Bing.

In its article, POLITICO compares ads shown by DuckDuckGo and Bing or the search term “depression,” with DuckDuckGo showing lower-quality ads in comparison. 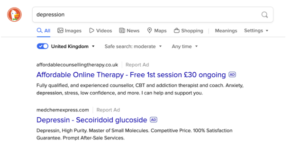 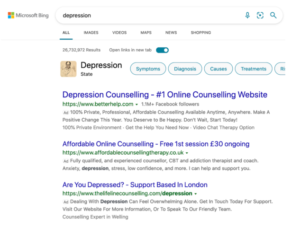 When searching for certain generic keywords, there was a marked difference in quality between ads displayed on alternative platforms and those shown on gatekeeper engines, Google and Bing.

A spokesperson from Google told POLITICO that all ads signed up to search engine partners can appear on both Google’s and partner’s search results; however, the company “has certain algorithms in place that put controls on the types of ads shown.”

Alternative search engines reacted differently to the findings. DuckDuckGo said that it’s “constantly working to improve the quality of its results.” Qwant, a search engine that relies on Microsoft’s indexes, has started to study the advertising area in more detail in recent months. Startpage admits to using Google Ad Network for its ads but mentions that the low-quality ads are from less user tracking. POLITICO, however, dispels this as the same ads appear on new machines that never used Bing or Google when they conducted their experiment.

All major browser vendors and other stakeholders have come together for Interop 2022 and will aim to improve web development in 15 key areas.

Interop 2022 is a benchmark agreed on by three major browsers and developed through a process of public nomination and review. This benchmark focuses on 15 areas identified by developers.

Back in 2019, Google and others started a major effort to understand developers’ pain points through the MDN Developer Needs Assessment survey and the Browser Compatibility Report. These reports gave detailed and actionable insights to address developers' top challenges, which led to the birth of Compat 2021. 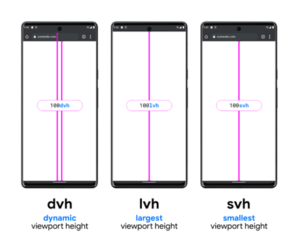 For the five areas from Compat 2021 carried over, there are remaining issues that can be addressed:

The existing web-platform-tests dashboard will be used to track the progress in the 15 focus areas. For each area, a set of tests have been identified. Browsers are then scored against these tests, giving a score for each area and an overall score for all 15 areas.

To follow along the progress, you can check out the Interop 2022 dashboard.

In essence, the goal of Compat 2021, Interop 2022, and so much more is to make the web platform more usable and reliable for developers to spend more time building great web experiences instead of working around browser inconsistencies.

Originally, TikTok’s time limit per clip was 15 seconds, before being extended to 60 seconds, then 3 minutes, the 5 minutes. Now, users will upload much longer clips at 10 minutes.

Posted by social media expert Matt Navarra, many Tiktok users are notified of an expansion in the upload capacity. 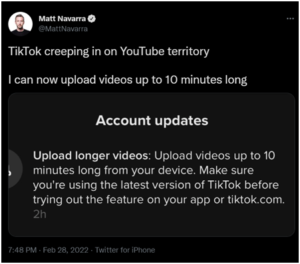 TikTok has since confirmed the full roll-out of the option to TechCrunch, “We’re always thinking about new ways to bring value to our community and enrich the TikTok experience. Last year, we introduced longer videos, giving our community more time to create and be entertained on TikTok. Today, we’re excited to start rolling out the ability to upload videos that are up to 10 minutes, which we hope would unleash even more creative possibilities for our creators around the world.”

Google Search is testing removing the estimated number of search results figure you typically see under the search bar after conducting a search query.

Back in 2016, Google tested this same thing, and it seems they are trying it again.

Some Twitter users also noticed this in the past few weeks: 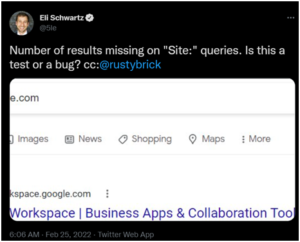 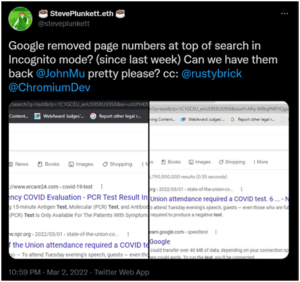 Starting in March 2022 and rolling over the next few months, YouTube earnings will have a separate homepage and payments account in AdSense.

Google announced that the new AdSense for YouTube homepage would be available by navigating to AdSense from within YouTube Studio. You will also be able to access this at the top left-hand menu in AdSense.

Google said that "currently the new homepage is only accessible to a small number of creators while it's being rolled out in 2022. Until rollout completes, finalized YouTube earnings are still visible to YouTube creators in their AdSense payments account."

The franchise is a whole different ballgame. Read how you can track your digital marketing performance as a franchise and trends that you can follow to up your game in franchise marketing. Read more >

Negative reviews can make or break your business, but if you want to keep your online reputation positive, responding to them is one of the best things to do. Read more >