YouTube enhances the Live stream experience for creators and viewers with five new features in the pipeline.

New features were previewed in a video on YouTube's Creator Insider channel. These five features include: 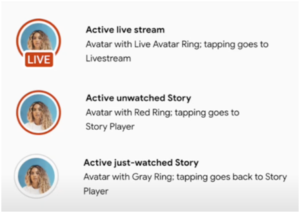 Instagram Will Enable All Users to Tag Products in Feed Posts

All users can now tag products on Instagram, starting with users in the US.

Instagram now allows all users to tag products on their IG posts, starting with users in the US. Initially only available to approved creators, everyone now has the ability to provide a direct link to products and brands in their uploads.

As explained by Instagram, "Scored a new pair of earrings from a small business you love? Tag the product in your Feed post so your friends and followers can learn more about the earnings and shop them!! People come to Instagram to share and discover trends and inspiration. Product tagging will make it possible for anyone to support their favorite small businesses, share how they styled their looks along with the products they used, and more."

Instagram says that over 1.6 million users tag at least one brand, on average, each week already, so this new feature makes it more convenient for viewers to shop products of their favorite influencers and increase brand discoverability.

Business and creator accounts can also tag products in Stories and Reels.

Brands will receive a notification when someone tags one of their products and will be able to see all tagged content on their profile. Brands can also choose to allow tags from everyone, people they follow, or no one at all, and remove tags of their items and brand if they choose to.

Google reveals it removed seven million fake business profiles and prevented 12 million from being created throughout the previous year.

In a report from Google about how it keeps Maps information reliable, the search company reveals it removed seven million fake business profiles in 2021.

To keep information reliable, Google uses a combination of machine learning and human operators to identify content in Maps and Business Profiles that's fraudulent or abusive.

Meta released its latest State of Small Business Report aimed to examine the ongoing impacts of the pandemic to SMBs worldwide.

Meta says that despite vaccine take-up increasing and lockdowns and closures reducing, 20% of SMBs reported that they were not operational or engaging in any revenue-generating activities in January 2022, up from 18% in July 2021. Despite the increased closure rates, employment remained stable. Approximately 11% of businesses reported that employment had increased, the same percentage as in July 2021, with significant gains in East Asia and the Pacific, South Asia, and Sub-Saharan Africa.

Of those who remained open, 30% reported that sales in 2022 were higher than the same period in 2021, while 36% of US SMBs reported an increase in sales.

50% of SMBs globally reported using digital tools to communicate directly with customers, while 38% of SMBs in North America indicate the majority of their sales were made digitally.

Scanning DMs and looking for previous conversations is now easier and will provide more functionality, especially for customer service and chasing past responses and engagement.

What Happens When You Skimp on Your Marketing Efforts

Competitors are everywhere in the business world, whether directly or indirectly. With surges of freelancers, the rise of even more competitors, and the ever-changing industry, your marketing efforts can put you ahead.

Stand out from the rest of your competitors by ensuring the content you create is not simply online clutter. Here are ten actionable B2B content marketing tips that you can start on your own.