TikTok responds to questioning of US officials, rebuts allegations that are “not supported by facts,” and explains their strengthened data security program.

Last June, BuzzFeed News published an article that exposed leaked audio from internal TikTok meetings which show that US user data have been repeatedly accessed from China. In response to this report, nine US Senators sent a letter asking TikTok questions related to US user data access, the Chinese government’s involvement, TikTok’s new cloud service arrangement, and more.

These questions prompted TikTok’s CEO Shou Zi Chew to provide a full explanation. He wrote a reply to the US Senators where he rebutted the BuzzFeed News report that alleged their unsecured handling of sensitive US user data and answered all the Senators’ questions.

TikTok’s CEO started off by contextualizing the leaked meeting audio. He revealed that they have been pursuing a “multi-pronged initiative” called Project Texas, which aims to strengthen the company's data security program. For this, they are working with experts from Oracle and Booz Allen.

He explained, “Some people working on these projects do not have visibility into the full picture, working on a task without realizing that it's a single step in a much bigger project or a test to validate an assumption.

That's critical context for the recordings leaked to BuzzFeed, and one thing their reporting got right: the meetings were in service of ProjectTexas's aims to halt this data access.”

In his letter, TikTok’s CEO also revealed that they have been working confidentially with the US government to “fully safeguard user data and US national security interests.” The company has recently reported that they now store 100% of US user data by default in the Oracle cloud environment, and they are working with Oracle on new, advanced data security controls.

As for the data access of China-based employees, here’s what TikTok’s CEO had to say: “Employees outside the US, including China-based employees, can have access to TikTok USuser data subject to a series of robust cybersecurity controls and authorization approval protocols overseen by our US-based security team.”

You can read TikTok’s full response to the US Senators’ letter here.

Elon Musk files a motion with the Securities and Exchange Commission in a bid to let go of his Twitter takeover deal.

After questioning the number of fake accounts on Twitter and failing to obtain accurate information, Elon Musk has officially filed a motion with the SEC to terminate the $44 billion Merger Agreement.

The reason given by Musk for the termination is the “material breach of multiple provisions” of his Merger Agreement with Twitter. As per the letter sent to Twitter by Musk’s advisors: “[Twitter] appears to have made false and misleading representations upon which Mr. Musk relied when entering into the Merger Agreement, and is likely to suffer a Company Material Adverse Effect (as that term is defined in the Merger Agreement).”

Musk’s team said that while their Merger Agreement requires Twitter to provide all data and information that’s requested “for any reasonable business purpose related to the consummation of the transaction,” the company has not complied with its contractual obligations.

The letter also states that Twitter has “failed or refused to provide” the data and information that’s necessary for Musk’s team to make an independent assessment of the prevalence of fake or spam accounts on the platform.

The following were not provided by Twitter, despite Musk’s repeated requests:

According to Musk and Co., Twitter’s failure to comply with these requests within a reasonable time period is a violation of the Merger Agreement’s terms, and is therefore enough reason to cancel the deal. However, Twitter Execs are determined to make Elon Musk follow through with their Agreement, as Twitter board Chairman Bret Taylor expressed in a tweet:

Now it’s up to the SEC and/or the courts to decide whether the motion to terminate the merger is justified.

The new CoTweet feature allows Twitter users to collaborate on a single tweet to reach more people on the platform.

Twitter has announced the new CoTweet feature, which provides a “way for two authors to share the spotlight, showcase their contributions, and engage with more people.”It’s a limited-time experiment available to select accounts in Canada, Korea, and the United States.

Twitter also added a disclaimer, saying that at the end of the experiment they may turn off the feature and remove published CoTweets.

A CoTweet is a co-authored Tweet that’s posted simultaneously to both authors' profiles and their followers’ timelines. One author creates the CoTweet and initiates an invite to the co-author. The co-author must accept the CoTweet invitation for it to publish. If it’s declined, the CoTweet invite is deleted. 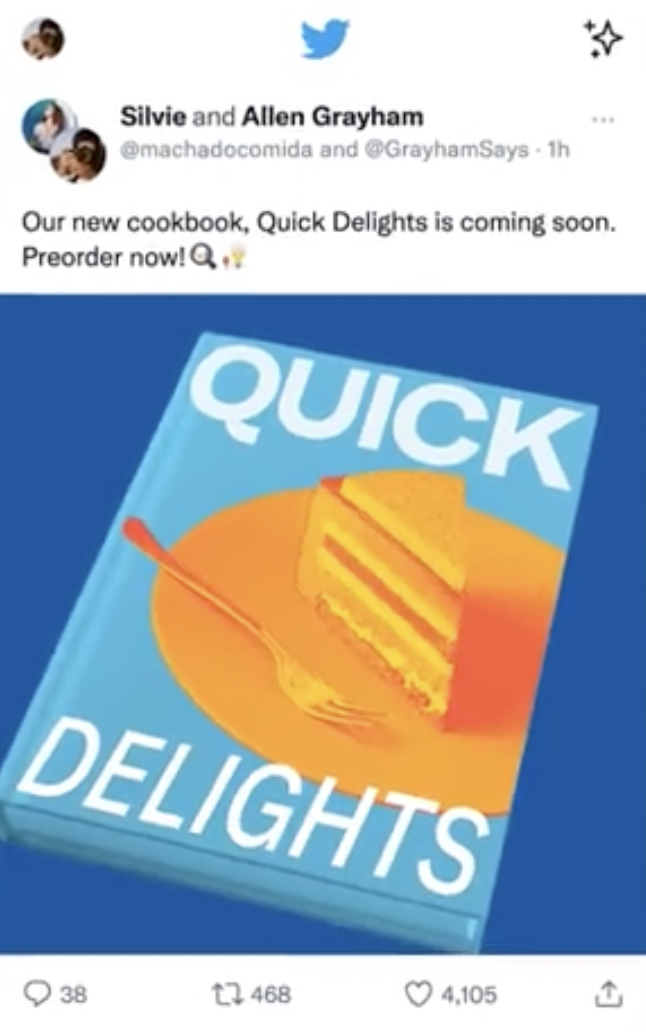 Here’s how you can create a CoTweet:

Note that you cannot edit a CoTweet content after an invite is sent. The only option is to delete the CoTweet and start again. According to Twitter, you can send CoTweet invites to people that follow you and have public accounts.

There are also several limitations to this feature, such as the following:

If someone invites you to co-author a Tweet, you’ll receive a direct message (DM) and a notification that you were invited to CoTweet. As per Twitter, at this time invitations don't expire. If you’re the CoTweet author, you will receive a notification when your invite is accepted or declined and published or deleted.

Google Ads introduces diagnostic insights, an efficient way for advertisers to identify the issues that are preventing ad campaigns from showing, causing low engagement, and making it hard to measure conversions.

This data is available on the Insights and Overview page. To find it, sign in to your Google Ads account, then navigate to the “Insights” tab.

When you click on “Show all campaign diagnostics,” you’ll see a more detailed breakdown for the following issues:

Google Ads also provides advertisers with tailored recommendations under the progress bar, which takes the guesswork out of fixing the problems that the diagnostic check finds.

For now, diagnostic insights are only available for Performance Max campaigns, but ​​according to Google, it will expand to other campaign types over the next few months. Note as well that Insights may not be available for all accounts, as Google explains in this article. To learn more about the Insights page in beta mode, visit this article.

In a recent announcement, Microsoft introduced two new updates for Shopping Campaigns: the automatic item update and the automated coupons through Merchant Promotions. Both features have been automatically enabled as of July 10, 2022.

The automatic item update feature enables crawling of your website to gather price and availability data for the product offers you upload through the Merchant Center. If Microsoft detects a price mismatch or availability problem between what you have provided in the product feed and what you have on your website, they will automatically update your product information.

If you decide not to use the automatic item update service, you can opt-out via the Merchant Center UI by navigating to the “Automatic updates” tab under “Settings.”

With Merchant Promotions, you can promote products directly from your Microsoft Shopping Campaigns inventory with special offer tags. These tags appear at the bottom of your product ad as “Special Offer” links.

To make the latest coupon offers more visible to customers, Microsoft is automatically creating Merchant Promotions for Microsoft Shopping Campaigns by using data that’s directly crawled from a retailer’s website. This data is being ingested every 12 hours to ensure that it showcases the latest promotions. Note that the automated coupons will only apply to storewide promotions and not to individual products.

You can opt out of automated Merchant Promotions via the Merchant Center UI by navigating to the “Automatic updates” tab under “Settings” and selecting “Block crawled data.”

As an advertiser, you need to ensure that the information being captured and shown to customers is correct. If you decide to use the new Microsoft Shopping Campaigns automation features, it’s important that you keep a close eye on your account to monitor their accuracy.

With 93% of the world’s internet users living outside of the United States, applying international SEO is a great way to grow your business. Learn six best practices to jumpstart your strategy. Read more >

How Has On-Page Optimization Evolved Over The Years?

Gone are the days when on-page SEO meant a lot of keyword stuffing. It has changed over the years and in this article, we’ll show you how it has evolved. Read more >