Meta scales back advertiser targeting settings for topics that people may perceive as sensitive, such as targeting options that reference causes, race, political affiliation, religion, or sexual orientation.

The rising sensitivity of identifying people based on their affiliations has prompted Meta to address how advertisers reach people. As part of these ongoing efforts, the organization will be removing some Detailed Targeting options for four main categories starting on January 19, 2022.

In Meta’s update, campaigns created before January 19 can continue to deliver to these targeted options until March 17, 2022. Edits made on the campaign level such as campaign name or spending limit, is still possible until the same date without impacting targeting. However, some changes at the ad set level may update your target audience, such as placement and targeting options. Ad sets paused prior to March 17 will also have the new targeting changes kick in when reactivated.

After March 17, 2022, the creation of campaigns targeted to these sensitive parameters and edits for the impacted campaigns will not be possible at any level. Running a successful Pay Per Click Campaign to get more sales or leads is possible even for business owners. However, both entrepreneurs and top advertisers alike should update the affected ad set’s detailed targeting and publish changes before this date. It’s also good to keep in mind changes to this detailed targeting options of Facebook for future campaigns.

Privacy-focused search engine DuckDuckGo to launch a desktop browser that may shrink the user base targeted by Google’s Federated Learning of Cohorts (FLoC) technology. 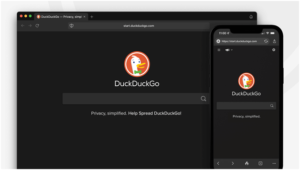 FLoC is a method for browsers to enable interest-based advertising. It observes a user’s browsing habits and groups users with similar interests into cohorts. Information about these cohorts is then shared for advertising purposes.

DuckDuckGo’s new desktop browser will have “robust privacy protection by default, across search, browsing, email, and more,” according to DuckDuckGo CEO Gabriel Weinberg in a news post by the company.

While there is no official launch date announced yet, the browser is currently in the closed beta on macOS, according to The Verge. There’s a clear audience for this privacy-centric search engine, accounting for 27 million or 9% of Americans on its mobile browser app version.

Bringing this popular mobile app over to desktops may increase the brand’s market share and decrease the number of users who are using and are targeted by interest-based advertising of Google Chrome.

In April 2021, Google Search shared a product reviews update designed to promote high-quality product reviews. In a future update, the company intends to roll out a new update that may change how product reviews rank in search engines, namely:

This update was prompted by the feedback received from users on the types of review content that are more valuable. These best practices, along with those shared back in April, is Google’s way of telling publishers to write high-quality product reviews to rank better in search.

Google Business Profiles (formerly Google My Business) has added (or is testing) a new check box for products, “mark as special” that shows a product at the top of the page in Google Search.

Product listings in Google Business Profiles feature a new check box that lets businesses mark products as “special”. From the screenshot shared on Twitter by a user, as seen below, Google says, “products marked Special are shown at the top of the page.” This may mean businesses now have a method to promote products at the top of local search listings and Google Maps. 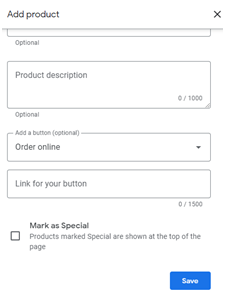 Option may not have rolled out yet to everyone, and Google has yet to announce this feature officially.

Google Ads relaxes its policy on using stock photos in image extensions, now offering a searchable library of stock photos that are free to use in ads. 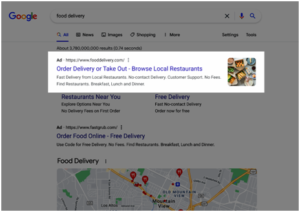 To help advertisers engage more potential customers, Google Ads announced that stock images for image extensions are now allowed. Previously, advertisers could only use their own visuals. This change is rolling out in response to feedback that sourcing unique images is challenging for many. A searchable library is now available for use when you select the “Stock Images” option when choosing a visual for your image extension.

Yoast SEO to launch in Shopify

In a January 4 announcement by Yoast SEO, the app will launch for Shopify app come January 18, 2022. Thijs de Valk, CEO of Yoast said, “An app on the Shopify platform is a huge business opportunity. Shopify is growing fast. It makes sense to build an app and profit from the growth of that specific platform.”

Ecommerce rose 16.4% for the first three quarters of 2021, compared to the same period of the previous year. Yoast is one of the most commonly used apps in the WordPress ecosystem. With the growing ecommerce landscape, this move of the popular app speaks to the rise of the industry.

Many retailers turned to ecommerce platforms such as Shopify to combat restricted mobility as a pandemic-related safety precaution of many. Ecommerce took on a crucial role for most people as in-person shopping became scarce.

Yoast SEO offers features complementary to these integrations to help merchants optimize their pages to show in organic, non-shopping results, much like its WordPress equivalent. Yoast SEO will cost $29 for 30 days upon launch.